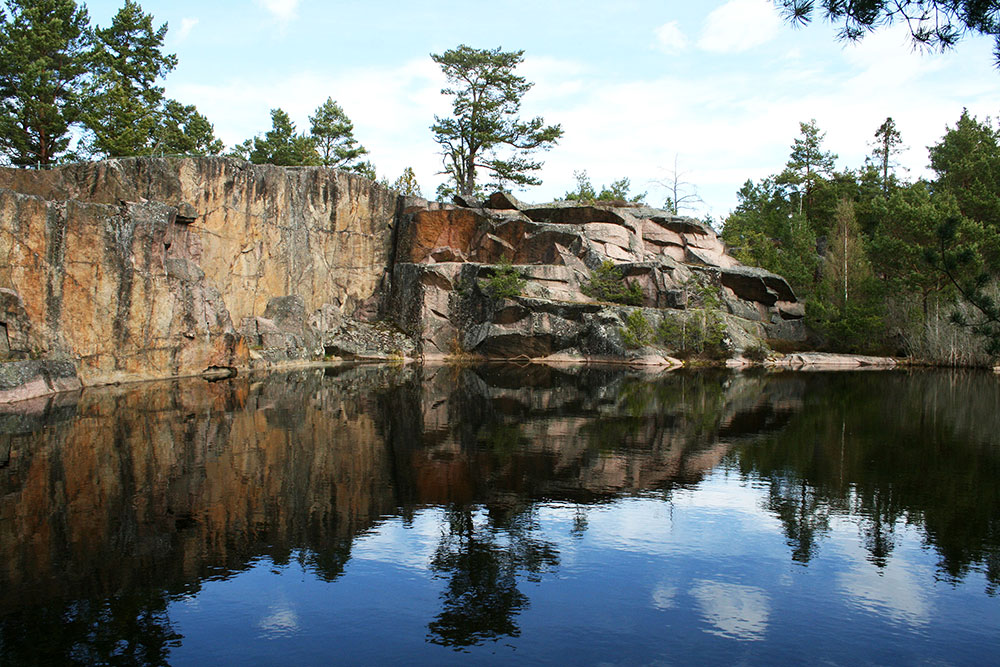 ”It is remarkably enough, a beautiful quarry: harsh attractive granite walls with interesting projections, shaped by dynamite and gunpowder, and there beneath a still water.” (Freely translated from Swedish to English.)

This is how Hans Hergin, stonemason and later author, described the quarry you have in front of you. Brödlösa has high fracture edges, at least 5 meters measured from the water surface.
The quarrying, conducted by Stenzel & Co, focused on paving stone and curb.The name Brödlösa means “no bread”. It was difficult for workers to earn their living here because the mountain is rich in cracks and bumps.

The remains of the smithy at Brödlösa. 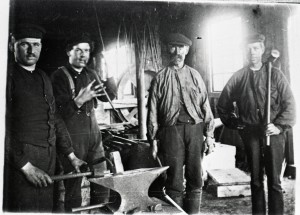 The smiths were important for the stonemasons.

The smiths were important for the stonemasons and there were seven smithies in Vånevik. At Brödlösa you can see the remains of one. Stonemasons could visit the smith several times a day to get help with their tools. Of the money the stonemason pulled in, about 10 percent went to the smith.