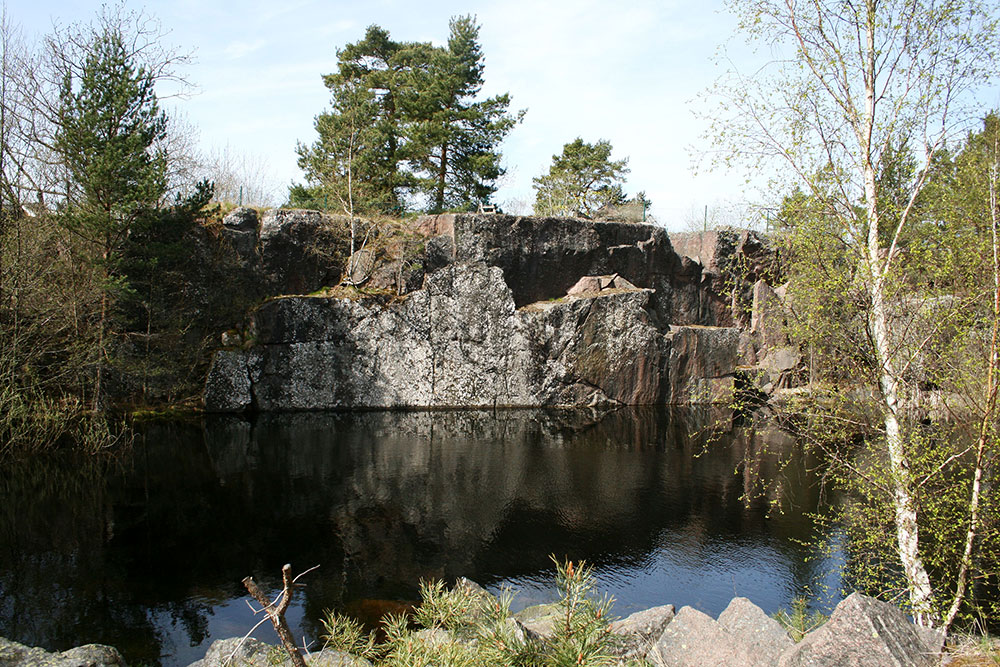 Grytan (in English: the pot) has 14 meters high fracture edges and is the deepest quarry in Vånevik. The stones were hoisted, using three cranes on different ledges. Kessel & Röhl ran the quarry between 1890-1898, and produced building stone.

UNPROTECTED EDGES
In the area there are about 30 large and small quarries, and many of the quarry edges are unprotected. Part of the abandoned quarries became quite promptly filled with water. Reportedly, one accident has occurred in Grytan´s deep water:

“Only one man has drowned in this quarry, even though it is located between the cabins and has no guard rail. The women wash clothes over depth. Those who fell in and drowned were taken up with grapnel”, wrote Hans Hergin, stonemason and later author, in his text “Verdant road – Flowering quarries”. (Freely translated from Swedish to English.)